Gearset is always trying to find ways to make users' data deployments more likely to succeed first time round. Recently, we've seen the Salesforce error INVALID_OR_NULL_FOR_RESTRICTED_PICKLIST causing a number of deployments to fail. In this blog post, we'll look at why picklist errors occur and how they can be solved.

The same INVALID_OR_NULL_FOR_RESTRICTED_PICKLIST Salesforce error can be caused in a few different ways, making it a trickier error to fix 😞

Usually, the INVALID_OR_NULL_FOR_RESTRICTED_PICKLIST error is down to one of these cases:

1. The picklist field on the target uses a restricted value set that doesn't include the picklist value being deployed.

Suppose we have a custom object Student with a picklist field Supervisor. Supervisor is a restricted picklist (i.e. under picklist options, “Restrict picklist to the values defined in the value set” is checked).

If you create a record in your source, Student_1, you might set its Supervisor field to Edsger. If you then try to do a data deployment, Student_1 will cause an error because Edsger isn't in the picklist field on the target, and that field is restricted.

This error can happen with both locally defined and global picklist value sets.

2. The record type on the target doesn't allow the picklist value being deployed.

Objects have RecordType metadata that dictate which picklist values are allowed for each picklist field on records of that type. For example, suppose Student has the record type UndergradRecordType.

(Note that the scenario is the same as in the first case, i.e. Grace, Alan, and Katherine are active picklist values for Supervisor in both orgs. It's the record type that won't allow certain values.)

If you create a record in your source, Student_2, which is of UndergradRecordType, you'll be able to set the Supervisor field to Katherine. But if you then try to run a data deployment, the Student_2 record will cause an error since Katherine isn't an allowed value on UndergradRecordType in the target.

This can also happen when record types set a default value that isn't allowed, for example, if UndergradRecordType by default sets Supervisor to Katherine.

3. Record types weren't deployed so the deployment uses the default record type, which doesn't allow the picklist value being deployed as in (2).

Let's say UndergradRecordType is the default record type for Student. Say we also have the record type PostgradRecordType. Here's a comparison of the values they allow on the Supervisor field:

Now we try to do a data deployment. If record types aren't included in the data deployment, Gearset can't tell Salesforce which record type to use. Salesforce instead uses the default (UndergradRecordType), which then results in the INVALID_OR_NULL_RESTRICTED_PICKLIST error since Katherine is not allowed. 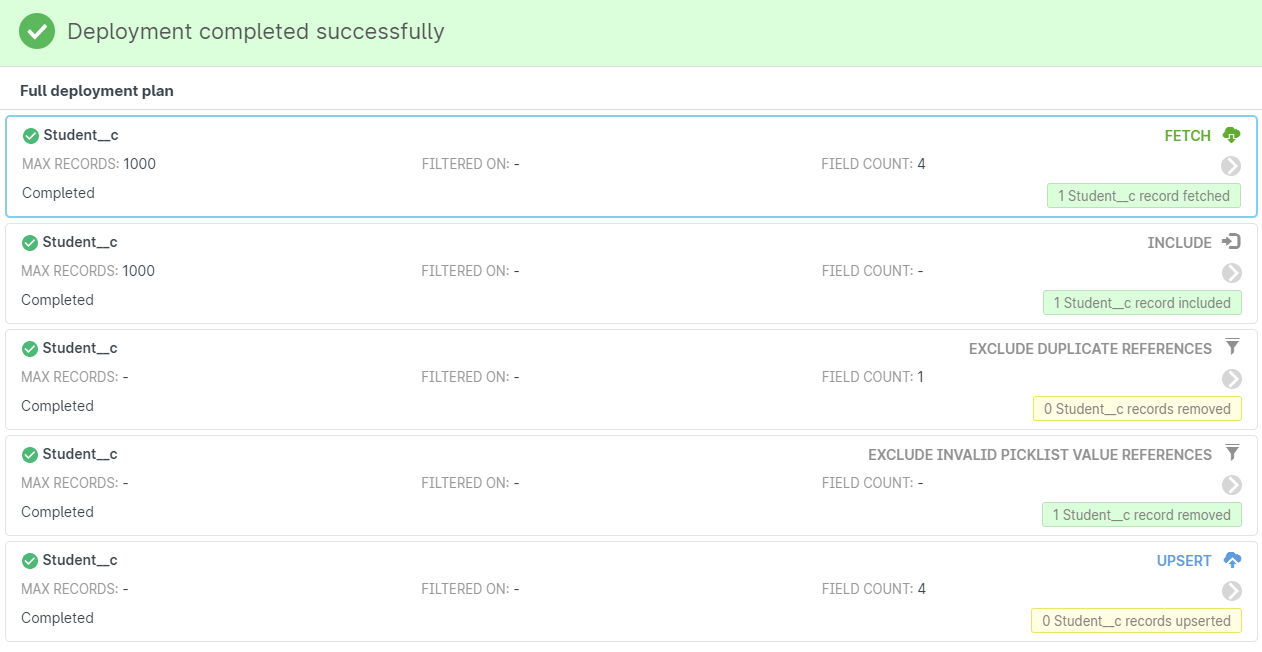 Manually exclude the record from the deployment.

If you know which record is causing the issue, you can exclude it from the deployment by using the record filters at the start of the deployment. (There's more information about excluding records here.)

For example, you can filter for records where Supervisor does not equal Edsger, so that only those records are deployed.

Fix the problem without excluding records.

In both the first and second case, you usually just need to run a metadata deployment of the object before the data deployment. Changes in values on picklist fields or in the allowed values on record types should show up in the metadata comparison, like in the image below, so they can be selected and deployed. 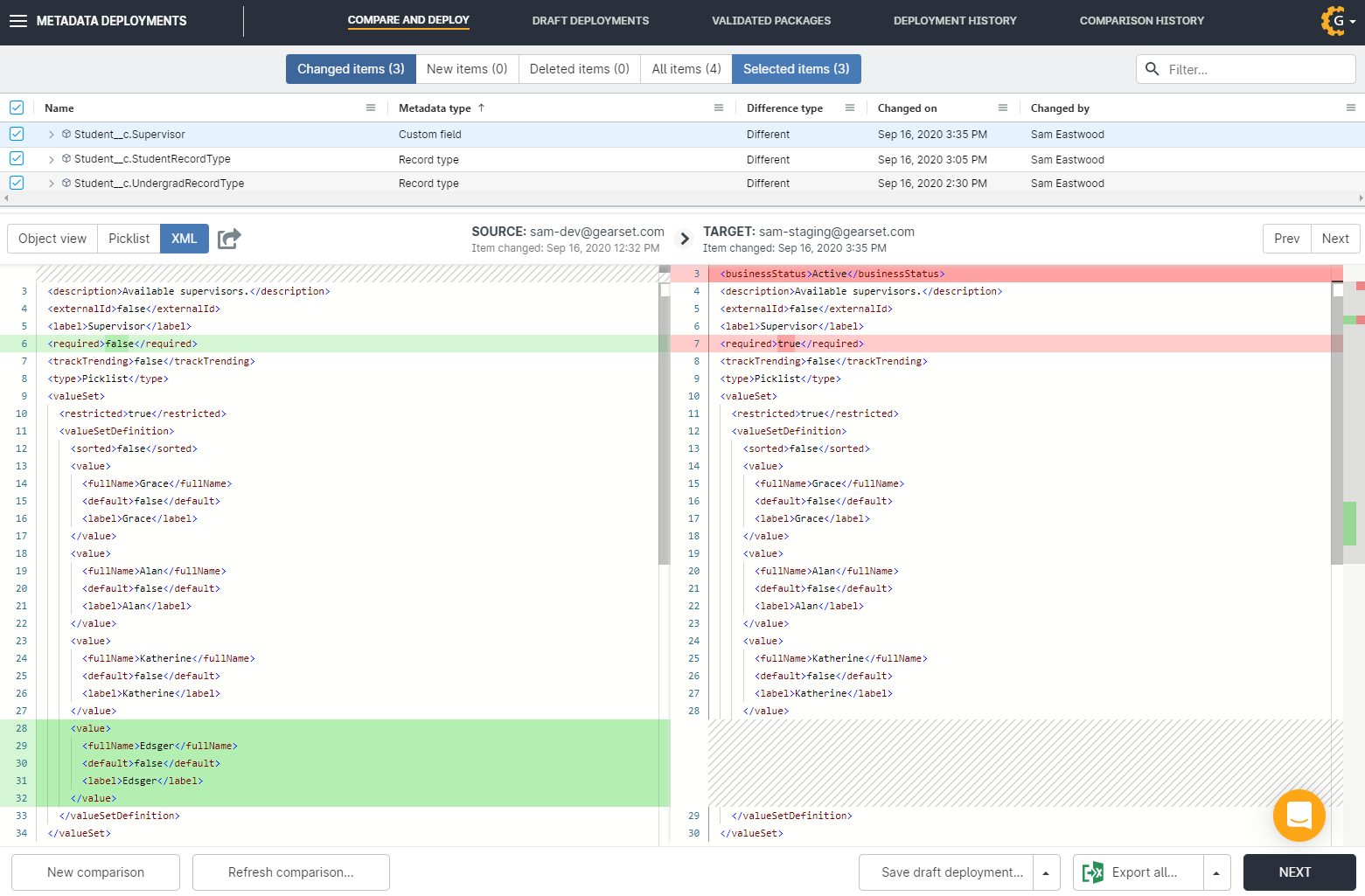 And finally, for the third case, you just need to include record types in the data deployment 😄

If you're not using data deployments yet, please get in touch so that we can organize a free trial for you. And if you're already deploying data with Gearset, we'd love to know if there's something you'd like to see or something you think could be improved. Either drop us a message on our in-app chat, leave a feature request on our feedback forum, or send us an email!