The flexibility of the Salesforce platform encourages change, allowing power users, admins and developers to easily tweak things as needed. As a company that builds a release management service, we encourage people to follow good development practices and ensure that changes are properly documented and audited so you can understand later why they were made! However, forcing every change through a software development lifecycle, even an Agile one, would be sacrificing the power of the platform and the clicks-not-code culture that allows organisations to make rapid change to their orgs as the business requires. After all, adding a simple picklist value doesn't carry the same risk as 10,000 new lines of Apex or addition of AppExchange packages.

So how do you ensure that changes made directly in production by admins and power users aren't forgotten about and are properly captured and audited? That's where Gearset's change monitoring comes in. This was the first feature that we added to Gearset Enterprise, and it's now trusted by thousands of businesses to allow their Salesforce teams to properly capture every change, without compromising their ability to blaze a trail.

A quick refresher on how Gearset's change monitoring works:

Step 1: Add one of your Salesforce orgs 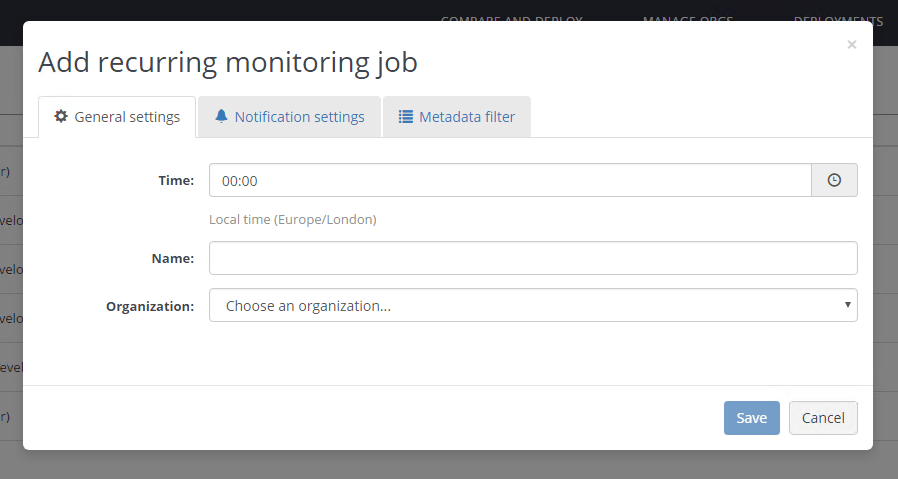 Step 2: Tell Gearset which metadata you'd like to have monitored 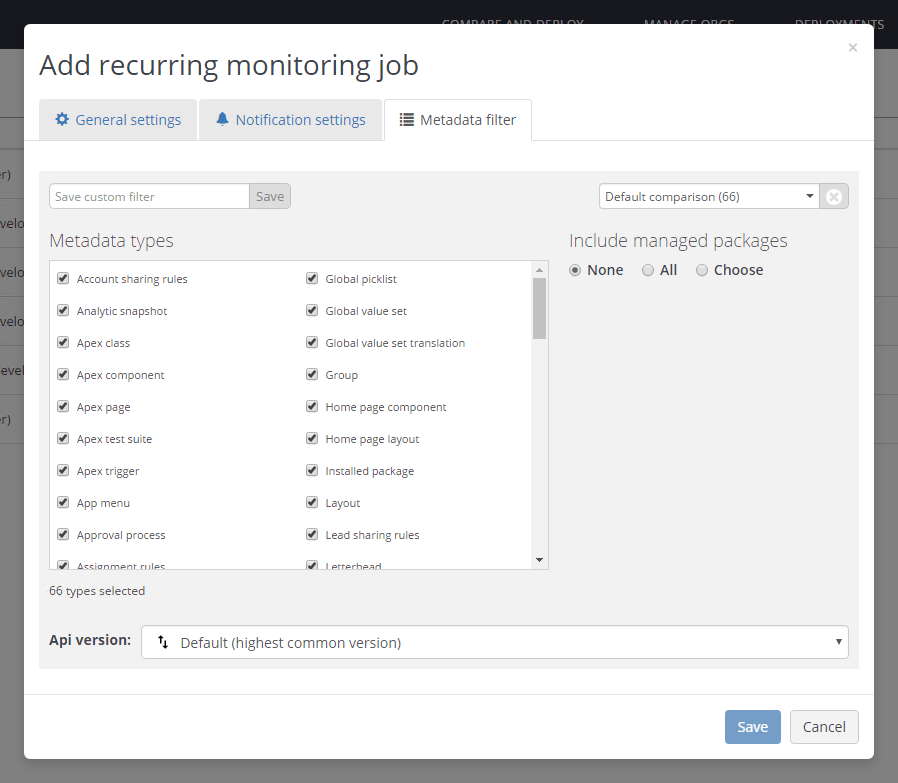 Step 3: Tell Gearset how you'd like to be notified 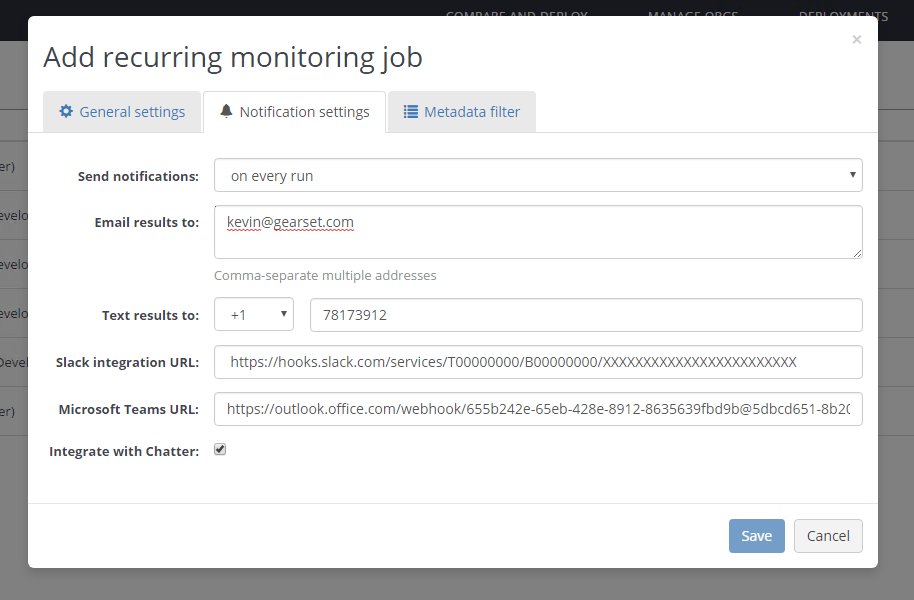 That's it! Gearset will now take a daily backup of your metadata. Each day, Gearset will notify you of any of the changse that anyone on the team has made. You'll also be able to:

In step 3 above, you may have noticed the option to add a Microsoft Teams URL. Gearset surfaces change alerts wherever your team hangs out. For many people, that place is email and Chatter but there are other popular communication and collaboration services - Slack, for instance, has seen tremendous adoption within organisations, and we've added support for it in Gearset accordingly. Microsft have recently released the Teams product as part of Office 365. Teams is a real-time chat app with heavy integration into the Microsoft ecosystem, allowing users to create threaded conversations around Office documents and even schedule meetings right from the chat interface. Gearset now integrates with Teams, so if it's where your team hangs out, we'll make sure no change to production goes unnoticed.

If you want to get started with monitoring your metadata and ensuring that you can rollback in the event of unwatned to changes then click here to start your competely free 30-day trial.