Gearset's built-in continuous integration (CI) is already a powerful tool, allowing you to automate large parts of your release management process. But what if you need to trigger third-party services as part of your release process, to run Selenium tests for example? Until now, this had been a manual process; when the CI job finished in Gearset, you had to remember to kick off those Selenium tests.

With the latest release of Gearset, we've introduced the ability to add outgoing webhooks to your CI jobs. Any service with an API can now be triggered directly from within Gearset, letting you build a deployment pipeline tailored to the needs of your business.

When you create or edit a CI job within Gearset, you'll now have the option to add a URL which we'll post out to when the run triggers an event. That URL could be the API of a third-party app or your own in-house system, giving you flexibility over how to integrate CI into your team's workflow. Once an outgoing webhook has been set up, you'll be able to start a build or run tests automatically, making your process more streamlined and less error prone. For extra flexibility, you can create multiple outgoing webhooks that are triggered by different events as they happen in real-time. Having multiple services run automatically, based on the status of your CI job, increases your efficiency. 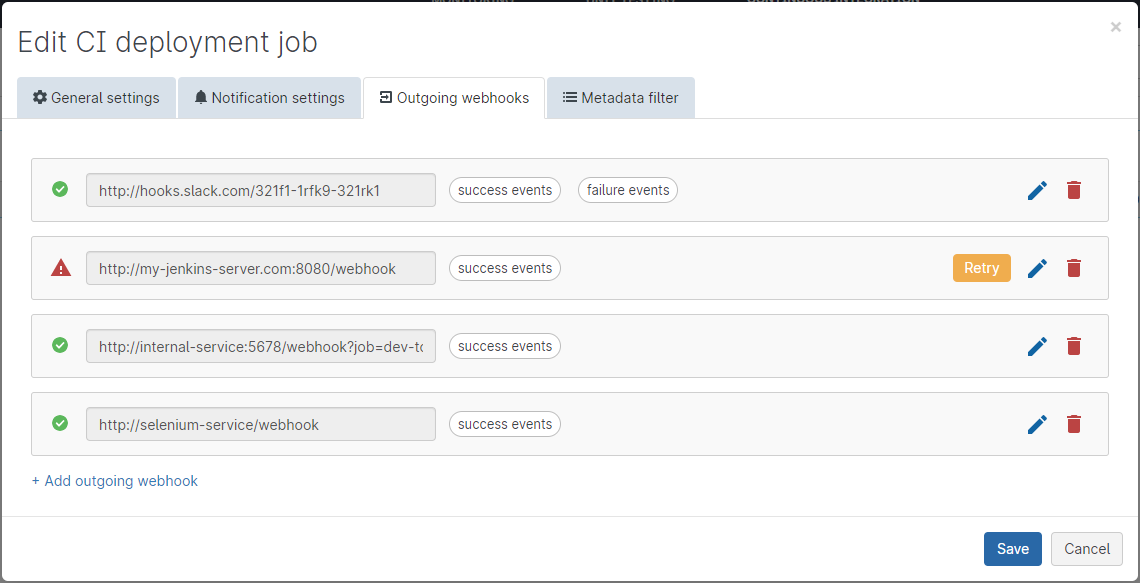 Setting up a CI job with an outgoing webhook

To create a CI job with an outgoing webhook, start by following the usual set up process. There's now an Outgoing webhooks tab where you can add the URL you'd like Gearset to post to. Choose which events you'd like to trigger a webhook and whether you’d like to use Basic Authentication in the post, then add the payload in either json or xml format. 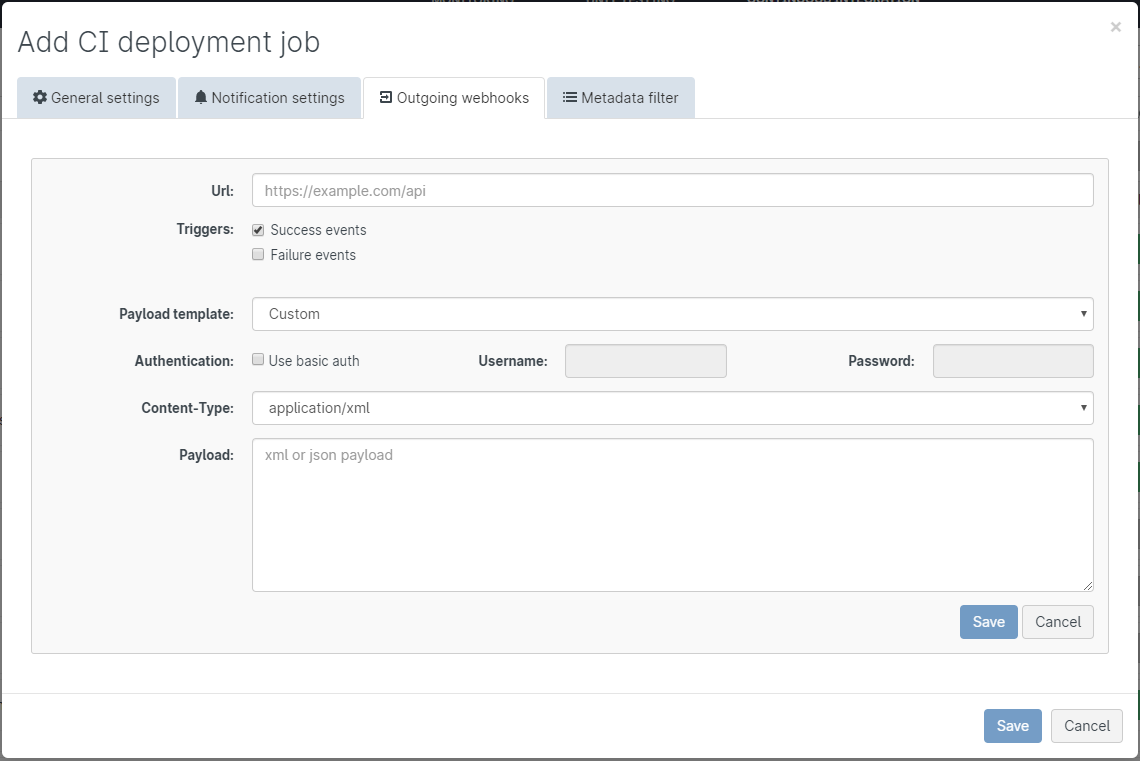 When the the events that you've chosen to trigger the webhook happen, we'll post your payload to the URL you provided, side-stepping the error-prone steps involved with manually kicking off builds and running tests, for smoother and more streamlined continuous delivery.

Keen to try it out? Get in touch!

We're going to be rolling this out slowly across our users to help us get as much feedback as possible and continue developing this feature. If you'd like to try it out and help shape the future of outgoing webhooks in Gearset - get in touch via the in-app chat or send us an email at [email protected].